Shortly after stopping the planar intrusion from the outcast infernal, Ungalarath, the heroes of Trinity find themselves in a race to uncover the real reason that Trinity has been the target of so many assaults. The quest leads the heroes to the Lost City of the Netherese that is buried deep beneath the ruins of Trinity. Where will this quest lead? What truths will be revealed? When will you end up? Yes. WHEN will you end up? Only those questions can be answered by experiencing this 18 chapter epic series finale.

The Cormyrean Expanse is also known as ROT 3, or the 3rd Campaign of the Realms of Trinity Saga. 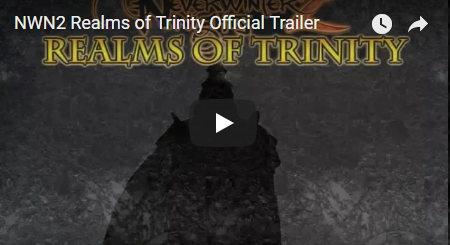 -Tons of new content and deep story in the background of the Purple Dragons of Suzail, the growing threat from the Port Authority and the origin of the City of Trinity.